Toronto is extraordinarily fortunate in being subdivided by several rivers which drain the runoff from the Oak Ridges Moraine in the north into Lake Ontario. Each of the rivers in these ravines have tributaries which snake across the city, their valleys providing widespread access to calm green spaces. After Hurricane Hazel’s devastating visit in October 1954, regional conservation authorities were established to regulate what could happen in those valleys, and as a result, housing, industries, arenas and other developments were removed, ravine banks were protected, and attempts were made to regulate river flow. Since then, an extensive system of walking and cycling trails have been established, which make access easy and pleasant for the large number of regular users. 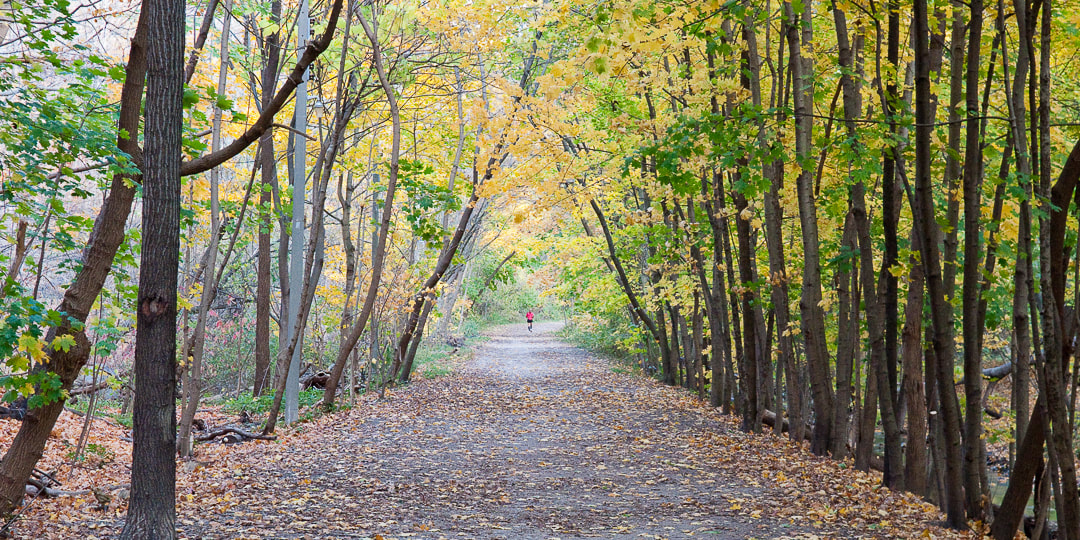 A beautiful fall walk through Toronto's ravines. Photo by Karen Walsh.
However, for a long time, the rivers were treated mainly as storm drains, and little attention was paid to some other aspects of the ravines, including the state of the vegetation. As a result, the rivers became polluted from street run-off and legal and illegal sewer connections, river bank erosion was widespread, trees were toppled by being undermined, and ill-advised flood-control projects allowed flooding to become more widespread, especially in the Don river. And the vegetation altered as seeds spread into the ravines from gardens and street trees. Norway maples became the dominant tree in some parts of the system, with devastating effect on wildlife, native plant populations and the stability of the ravine banks. (See Biodiversity and Invasive Species pages.)  ​ 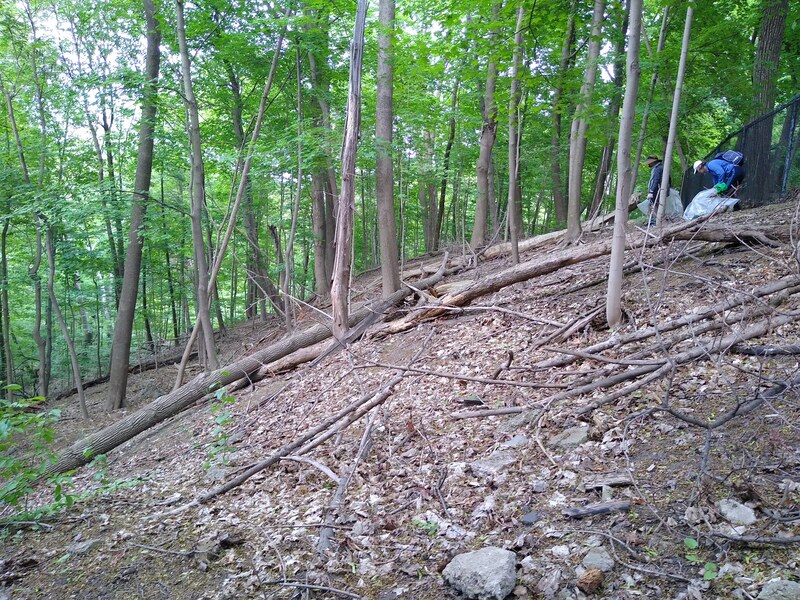 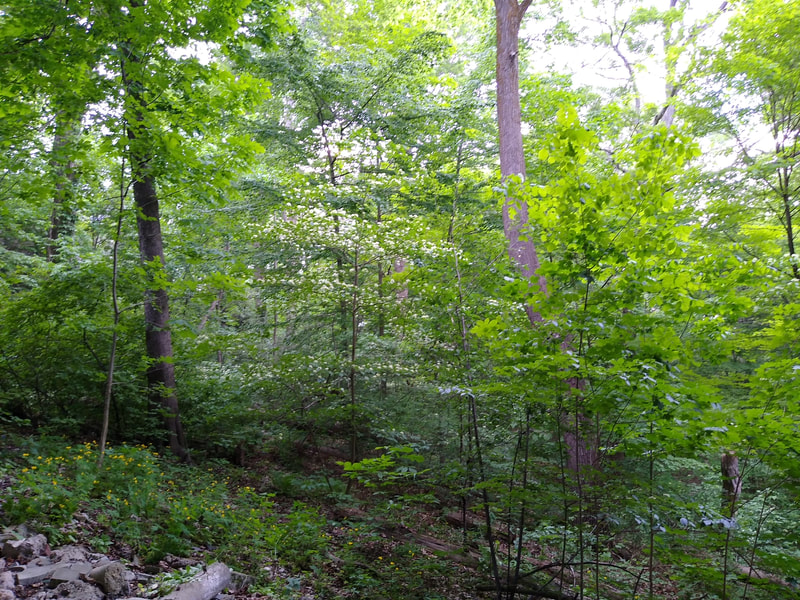 The difference that stewardship can make. On the left is a Toronto ravine that has received no stewardship attention. The forest is dominated by Norway maple, which does not allow in enough light for an understory to develop. Only a few meters away the active stewardship area begins (right), which has allowed a diverse and healthy forest to emerge.
However the city is now developing a separate storm sewer system which will divert a lot of the storm water, and thus reduce many of the problems in the ravines. In addition, the Toronto Regional Conservation Authority (TRCA) is using opportunities provided by city work on the storm sewers to ameliorate conditions close to the stream beds as they provide protection against further damage.

Seeds to Saplings is encouraging the students to find ‘forever homes’ for their own saplings. At the same time we have been working with a variety of organizations to find places for some of the saplings. We are also working with the City on how the condition of the ravines might be improved. One of the outcomes of that co-operation has been the expansion and formalization of the “Toronto Nature Stewards” program, with the training of volunteers to be responsible for assigned areas within the ravine system.