Invasive species are species (plant, animal, fungus,...) which have been imported from somewhere else, and are thriving in their new habitat, displacing native species. In Toronto’s ravines, non-native plant species that have become very common include Norway maples, dog-strangling vine, Japanese knotweed and garlic mustard. Recently, an invasive animal called the Jumping Worm has been introduced to Ontario, and it also poses a threat to native plants by degrading soil quality.

Through education of students, and indirectly their families, Seeds to Saplings expects to increase awareness of the problems caused by Norway maples, Japanese knotweed and other invasive plants. Students are encouraged to engage directly by writing letters, making presentations and otherwise demonstrating their concern to those who can do something about the problem. 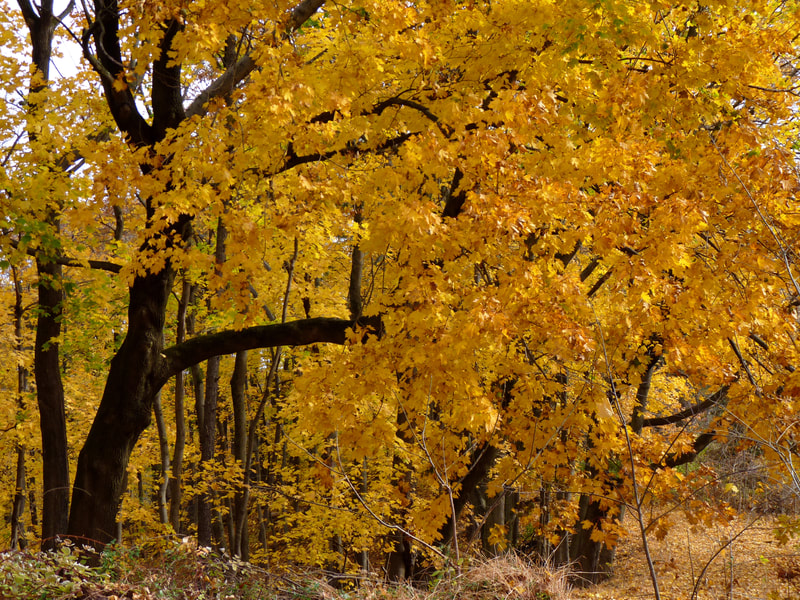 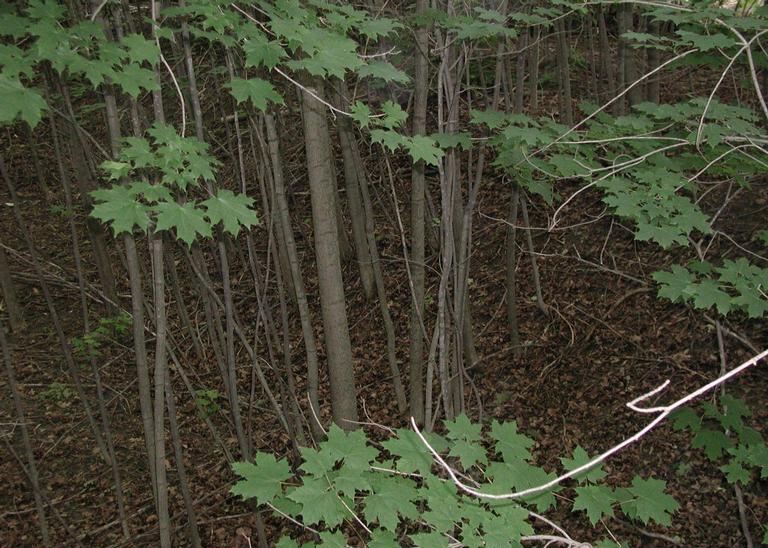 A mature Norway maple is a majestic tree with a broad, deep green canopy that provides a deep shade. Norway maples were planted as street trees over large swathes of Toronto from over a century ago to quite recent times, because they had many valuable characteristics: they are hardy in Toronto’s climate; they tolerate drought, trimming, salt, soil compaction and dusty leaves; they don’t mind having their roots disturbed or surrounded by concrete; their leaves are not much eaten by caterpillars.

But it became clear that while they made excellent street trees, when their seed sprouted in ravines and other ‘natural’ spaces, they cause problems:
​So much of our ravines have become almost monocultures, green but relatively lifeless urban deserts where one species is extremely dominant, Other trees which should naturally be present - white pines, sugar maples, oaks - cannot establish themselves, understorey plants (shrubs, small trees and herbaceous plants) die out, and trilliums, dutchman’s breeches, and all the other native spring flowers, are very rare in a Norway maple forest. With the loss of the understorey plants comes soil erosion because there are fewer roots to hold the soil. Few organisms can feed on Norway maples, so animals of any kind are scarce. And since Norways have surface roots rather than tap roots, they are subject to being undermined and falling if erosion becomes severe.

By growing native tree saplings, Seeds to Saplings’ vision is to provide replacements for at least some of the Norway maples that would be cut down if any rehabilitation of the ravine system were undertaken. 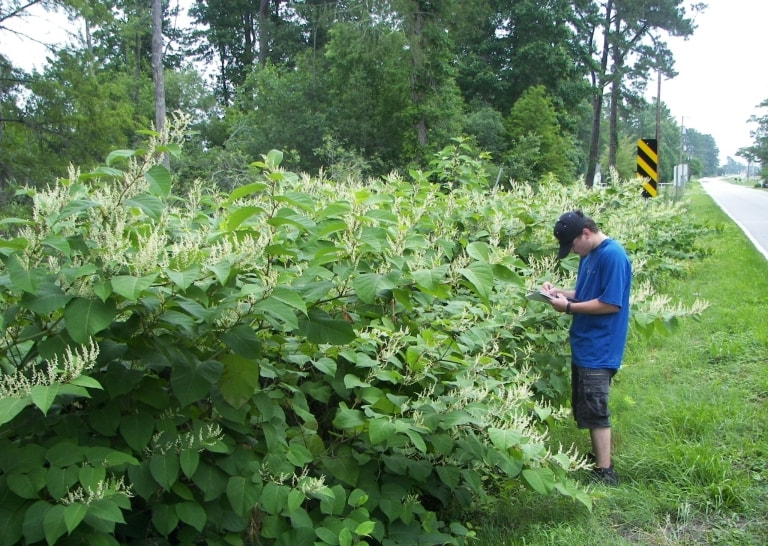 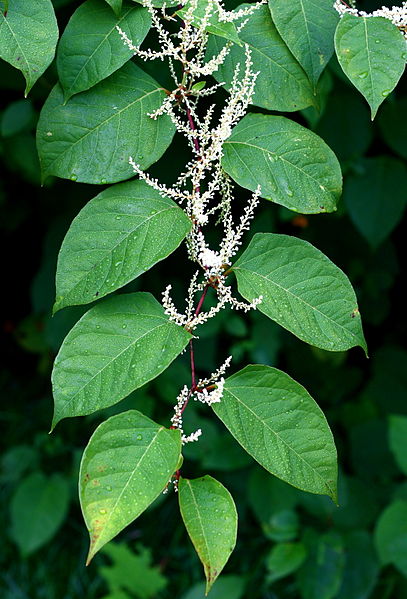 Japanese knotweed was introduced from Asia as an ornamental plant in the 19th century. It is an aggressive semi-woody plant with tall, bamboo-like stems and broad leaves, that colonises open patches and crowds out all other growth. It can grow to 2m in height, with stems 2cm thick, and its root system can spread up to 10m from the patch and grow through even concrete. Its fruits have wings and can float on water or the wind, so they are easily dispersed quite widely.

Its patches grow so thickly that all other vegetation is smothered, and most organisms can find no food or shelter. If left to die down in the winter, the decaying leaves and stems smother any other growth.

By sponsoring, and encouraging schools and other citizens to take part in events to remove Japanese knotweed from ravines, Seeds to Saplings intends to assist in the control of this aggressive, damaging invader. 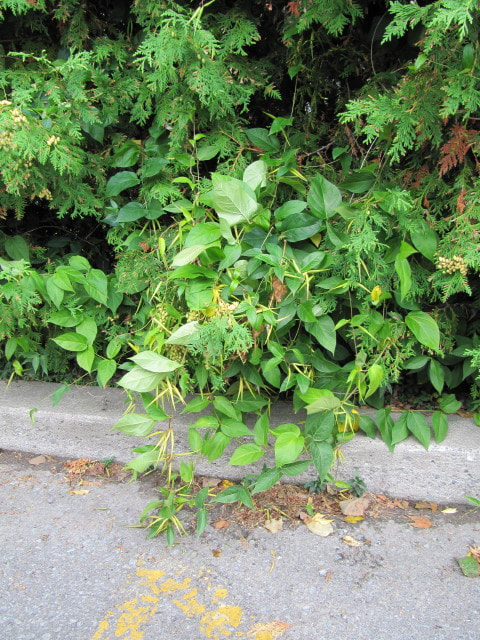 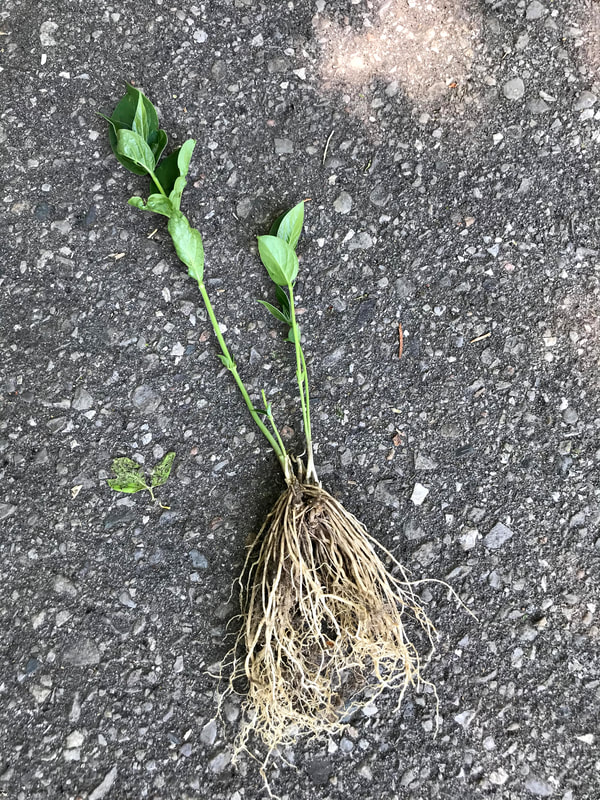 Dog-strangling vine twines over shrubs to form impenetrable thickets, and grows into dense mats on the ground that are almost impossible to walk through. It thus kills some plants directly, and crowds out other species. It may be poisonous; deer avoid it (which means they increase browsing pressure on other plants) and monarch butterflies lay eggs on it but the larvae cannot survive on its leaves.
​
Resources 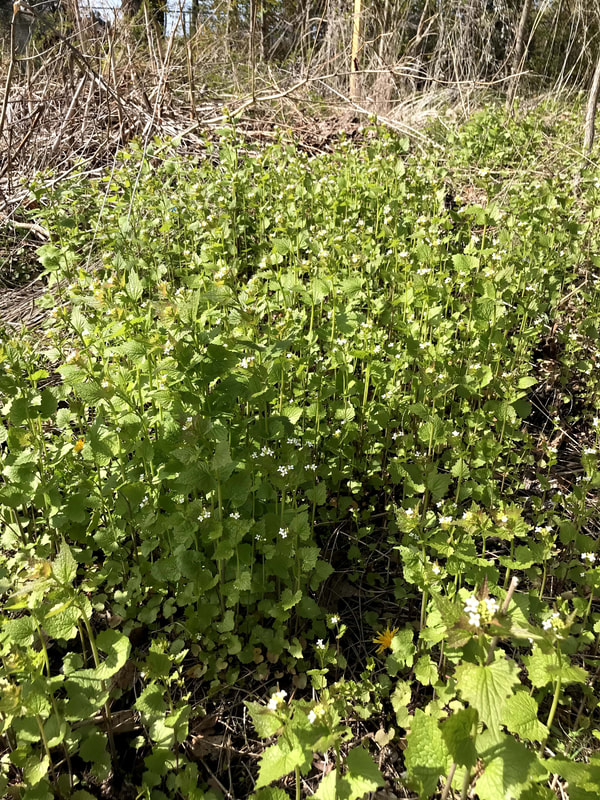 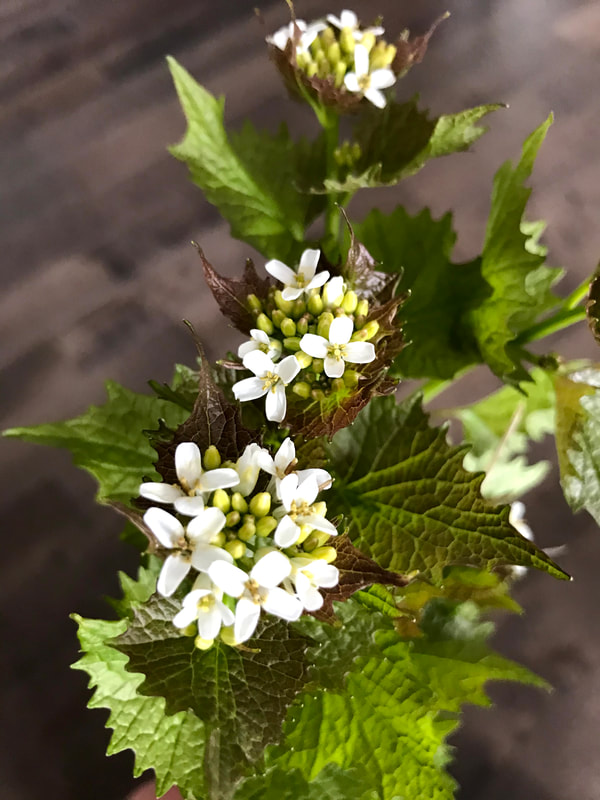 Garlic mustard is an herbaceous plant which smells garlicky and can be used as a herb in cooking. It invades even intact forest and because of its prolific seed production and its ability to grow in deep shade (even under Norway maples), spreads rapidly, crowding out native species such as trillium, bloodroot, and ginseng.

Garlic mustard is biennial; the first year it produces a rosette of leaves, the second a 30-45cm tall spike of white flowers, which develop into seed pods that split open, scattering the seed.
​
Resources 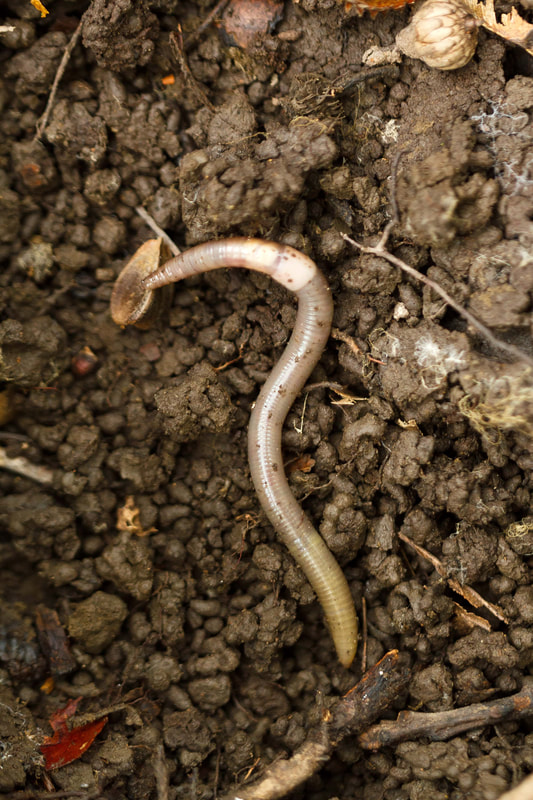 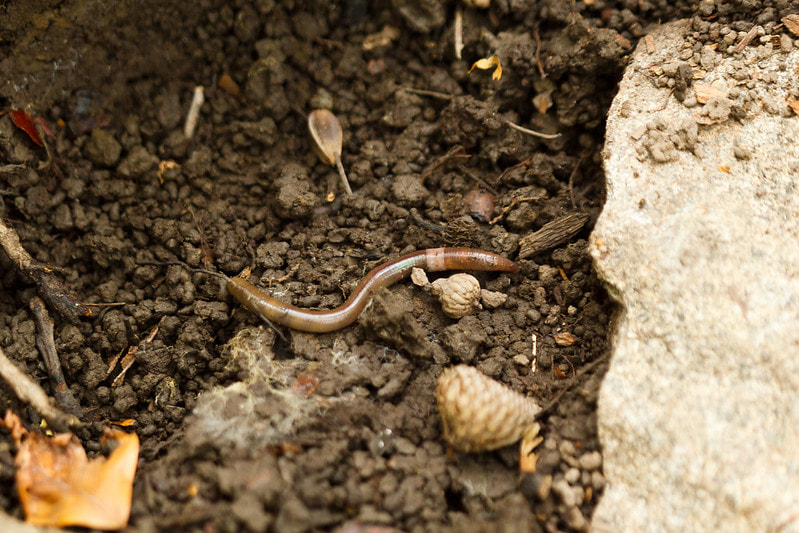 Jumping worms (Amynthas spp.) are an invasive species from eastern Asia. Jumping worms quickly consume organic material in soil and excrete waste that degrades soil quality. They remove nutrients that plants need to grow and make it more likely that soil will get washed away. They arrived in the United States in the 19th century through imported plants and agricultural supplies. Recently, gardeners have been spotting them in Ontario and even in Toronto. Since their introduction here is recent, we have an opportunity to manage them by finding and reporting them.

To report a jumping worm sighting, call the Invasive Species Hotline at: 1-800-563-7711 or upload your observation into the Early Detection & Distribution Mapping System Ontario: https://www.eddmaps.org/ontario/

How to recognize
Jumping worms get their name because they thrash from side to side when threatened. You can tell them apart from other invasive earthworms by the collar-like band on their bodies, called the clitellum. The jumping worm clitellum is cloudy white or grey, flush with the rest of their skin, and close to the head. Other earthworms have pink clitellum that are raised and more centrally located on the body. You can also tell that jumping worms are present by examining the soil. If the soil texture has changed recently and resembles coffee grounds - you’re actually looking at jumping worm poop!

How to deal with Jumping Worms
Unfortunately, there are no research-based management options for jumping worms once they have been introduced. The best thing to do is be able to recognize them and take actions to prevent their spread. To prevent their spread: Resources